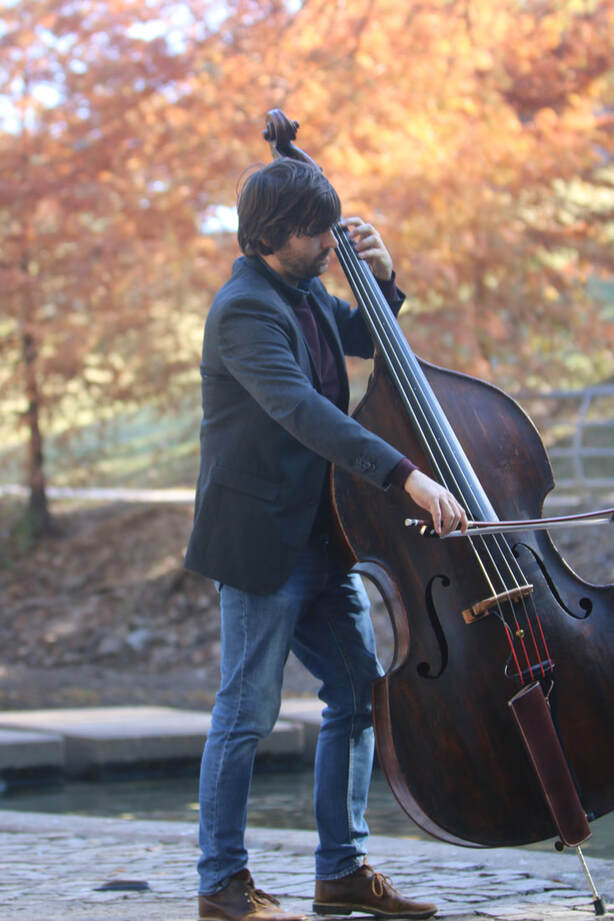 Kevin Ray is very excited to start his 14th year in String Education at Memorial Middle School. Kevin grew up in Miami, Florida and began his musical studies at the age of four as a Suzuki-trained violinist. He became a double bassist at age 14 and participated in local youth and honor orchestras in the Miami-Dade metropolitan area. He graduated from the Florida State University College of Music in 2008 where he studied with the late Dr. Michael Allen (co-author of the beginning string methods Essential Elements for Strings). While at Florida State, he was the principal double bassist of the University Philharmonia and Symphony Orchestras, was a contracted member of the Tallahassee Symphony Orchestra and toured with FSU Orchestras and Chamber Wind ensembles.

Kevin began his teaching career at Cooper Middle School (located in Cobb County, GA) where he directed the orchestra program for four years. While at Cooper, the orchestra enrollment increased from 90 to just over 170 students. His students consistently achieved superior ratings at their Large Group Performance Evaluations and participated in several youth and honor orchestras in the metropolitan Atlanta area. He was also the assistant orchestra director at Durham Middle School (located in Cobb County, GA). Kevin moved to the Houston area to direct the orchestras at Cy-Fair High School in 2013. Since his tenure at Cy-Fair, both varsity and non-varsity orchestras have consistently earned the sweepstakes award at the annual UIL Concert and Sight-Reading competitions. The orchestra program has also performed in Disney World Theme Parks (Orlando, FL), Directors Choice Competitions (South Padre Island, TX and San Antonio, TX), and Winter Park, CO. He left Cy-Fair High School in 2021 to lead the orchestras at Memorial MS.
Apart from his teaching responsibilities, Kevin is also an active clinician and double bass performer in the Houston metropolitan area. He currently resides in the Montrose area of Houston. 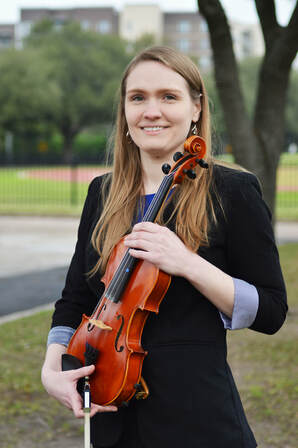 Bethany Prindle is in her 6th year as the assistant director of the Memorial Middle School Orchestra program. She began her musical career in Poulsbo, WA starting on the violin at age 8 and transitioning to viola at age 12. She also began playing cello when she was 15. Teachers she studied with include Carmen Gorak Larsen and Sue Jane Bryant. She received a Bachelor of Music degree in Viola Performance from Azusa Pacific University where she studied viola with Robert Becker and Jonathan Moerschel. During her time at APU Ms. Prindle received scholarships to play in the Symphony Orchestra and University Choir and Orchestra and was involved in multiple chamber ensembles.

Ms. Prindle has been teaching private lessons and performing for more than fifteen years. She won the Bremerton Symphony Youth Showcase in 2006, 2008, and 2010 and was invited to play for numerous honors recitals for the Kitsap Music Teachers Association. During her time in Washington she regular member of the Bremerton Symphony and played in operas and musicals with various organizations throughout Kitsap County, including Beauty and the Beast, The Sound of Music, The Marriage of Figaro, Il Trovatore, and Carmen. Currently she plays with ECHO and Ms. Prindle's orchestras have consistently earned Sweepstakes at UIL Concert and Sight Reading Contest and 1st division ratings and "Best in Class" at the Ann C. Roberts Orchestra Festival.

Ms. Prindle lives in the Energy Corridor with her cat, Chira. In her spare time she enjoys writing and playing music, watching shows, reading, and traveling.